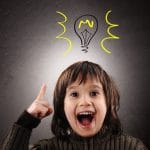 This study was carried out for several years now, but because I personally found it so interesting, I thought many of you would like to read it, in case you missed it the first time.

Many studies have shown that aromatic herbs, like rosemary and lavender, can improve your memory.

So, why aren’t we using them to help our students take exams? Students with dyslexia, dysgraphia, dyscalculia and other learning difficulties need as much help as they can get. Not forgetting our elderly population; this would help improve their memories and also help them to relax.

Some years ago, in 2016, scientists carried out a study that confirmed that some different herbs could increase your memory.  One study took place looking at the herb rosemary.  Whilst this study may have only had 66 participants, it did take place over ten years and has achieved some remarkable results. This may be one of the only long-term studies we have on memory and herbs.  This study was initially carried out to look at Dementia, but I am looking at it regarding Dyslexia and other Learning Difficulties.

This study has shown that the simple herb rosemary, which is well known to most people who have a kitchen or own a cottage garden, that sniffing rosemary can increase memory by up to a whopping 75%.  Now, I don’t know about you, but I certainly could have done with that help in my exams, and if I had children taking exams, I would certainly want to give them an edge too.  As a parent, I would want to take  [i]Dr Mark Moss and his team seriously.

This study by a team of scientists used the herb rosemary, which many of us know can be used for so many things, not just for cooking but for medicinal uses too.  Throughout history, rosemary was even used by the ancient Greeks who wore rosemary sprigs in their hair for their exams.  Okay, I hear you say, my son, daughter, won’t go that far, and I have to agree with you there, but they obviously don’t have to do that.  However, what they can do is what many of our parents did years ago if you couldn’t sleep or were anxious, is get (or make) a small lavender bag and put rosemary in it instead, and put it in their top pocket.  Or, put some essential oil in a roller perfume ball, and they can put it on them a couple of times a day.  If they resist, remind them that if it increases the memory by 75%, then that’s worth quite a few extra points, so I’d put anything on if it were me!  Anyway, if it was good enough for Shakespeare (he mentions the benefits of rosemary in ‘Hamlet’), then it should be good enough for them!

The study was carried out by [i]Dr Mark Moss and his researchers’ team and conducted at Northumbria University, Newcastle, between 2003 and 2013.  It involved 66 people separated into two rooms, one with rosemary-scent in and the other without.  The people participated in lots of different tasks, which would determine whether you would score better if you were in the room with the rosemary.  The tasks involved many complicated tests, including; processing information, subtraction exercises, remembering events, recalling information and many more complex tasks.

The results were amazing!  All participants in the rosemary room significantly increased their memory scores by up to 60 to 75% over the other participants.

It appears that smelling rosemary led to the participants performing better on the tasks and improving their cognitive-boosting abilities, thus enhancing the quality of their overall memory.

Another remarkable thing that has not been seen before in memory tests was when blood samples were taken from all the participants; the ones in the rosemary-scented room had detectable levels of a compound in rosemary. The conclusion was that the group of students who were in the room with the rosemary appeared to have absorbed the chemicals into the bloodstream via the nerve in the nose, which could affect brain functioning.

There are many ways to use rosemary.

Plants – I use rosemary every day at home; I have a kitchen plant, which my husband uses in cooking.  However, after reading this, I am going to get another one for the study (it might help me remember things a little better).  I must ask my two grown-up children if they would like one as well!

Essential Oil – You need a good quality essential oil.  Make sure you buy from a reputable dealer.  It may be a little dearer, but you know where it comes from and as you only use a few drops and it lasts for ages and ages, it doesn’t really cost that much at the end of the day.  When you have got your oil, you will need a:

Diffuser – I also use rosemary in an essential oil diffuser.  Putting one of these in the lounge gives a lovely smell.  (I personally use Lavender oil rather than rosemary because I like the smell better, and it works similarly with the memory.

Perfume Roll-On – You can buy an empty ‘Perfume Roll-On’ tube on eBay (or use one that you have finished), make a mix up of carrier oil (such as jojoba or coconut oil) and Rosemary oil.  You can find one on Pinterest or similar advising what strength to make up.  Never use pure oil and be extra careful with young children.

Decorative Tin – Again, as the ‘Roll-On’ above, buy spare tins and make your own mix-up.  You cannot use plastic containers for essential oils unless it explicitly says so.

Further information can be found on various media or YouTube.